Why do some people have an accent?

What is an accent?

Broadly stated, your accent is the way you sound when you speak. There are two different kinds of accents. One is a 'foreign' accent; this occurs when a person speaks one language using some of the rules or sounds of another one. For example, if a person has trouble pronouncing some of the sounds of a second language they're learning, they may substitute similar sounds that occur in their first language. This sounds wrong, or 'foreign', to native speakers of the language.

The other kind of accent is simply the way a group of people speak their native language. This is determined by where they live and what social groups they belong to. People who live in close contact grow to share a way of speaking, or accent, which will differ from the way other groups in other places speak. You may notice that someone has a Texas accent - for example, particularly if you're not from Texas yourself. You notice it because it's different from the way you speak. In reality, everybody has an accent - in somebody else's opinion!

Why do foreign speakers have trouble pronouncing certain sounds?

People have trouble with sounds that don't exist in the language (or languages) that they first learned as a young child. We are born capable of both producing and perceiving all of the sounds of all human languages. In infancy, a child begins to learn what sounds are important in his or her language, and to disregard the rest. By the time you're a year old, you've learned to ignore most distinctions among sounds that don't matter in your own language. The older you get, the harder it becomes to learn the sounds that are part of a different language.

German speakers learning English, for example, are likely to have trouble with the sounds found at the beginning of the words wish and this, because those sounds don't exist in German. So they may pronounce them instead as v and z - similar sounds that do occur in German. On the other hand, the German words schöne ('beautiful') and müde ('tired') contain vowel sounds that don't exist in English - so native English speakers learning German tend to pronounce these words with an 'English accent'.

It's well known that native speakers of Japanese often have trouble with the English land r sounds. This is because the Japanese language doesn't distinguish between these two sounds. For this reason, Japanese speakers learning English find it hard to produce the right one at the right time, and they also have a hard time hearing the difference between English words like light and right. An English speaker would have similar problems trying to speak and understand Thai, which distinguishes between 'aspirated' and 'unaspirated' p. To see the difference, hold your hand in front of your mouth and say the words pot and spot. If you say the words naturally, you should feel a small puff of air against your hand when you say the p in pot but not when you say the p in spot. In English, p is always aspirated (that is, it has that puff of air) at the beginning of a word like pot, but not when it occurs after s. For an English speaker, trying to say pot without that puff of air is extremely difficult, and it would also be very difficult to hear the difference between a word like pot with and without that puff of air. In Thai, however, aspirated and unaspirated p are as different as English l and r. Using one in place of the other completely changes what word you've uttered (for example, from 'forest' to 'split'), just as replacing l with r in English would change lip torip. Because English has different rules for the use of aspirated and unaspirated p, an English speaker learning Thai will make the same sorts of mistakes that a Japanese speaker makes in using English l and r.

It's not only individual sounds that can cause a person's speech to sound foreign. Sound patterns also differ from language to language. For instance, an English syllable may begin or end with a cluster of consonants, as with the str and ngths of the wordstrengths. In Japanese, on the other hand, a syllable contains only one consonant followed by one vowel - as in ma or ki. (The one exception is that a syllable may also end with an n, as in san.) For this reason, pronouncing English consonant clusters is hard for Japanese speakers, and they may produce a vowel sound between the consonants in a cluster.

Finally, sentence structure differs from language to language as well. In Russian, for example, it's not necessary to have a connecting word like is in the sentence The house is very large. For that matter, no word corresponding to English the would appear in the Russian version of this sentence either. But a native Russian speaker learning English who says only House very large will sound distinctly foreign.

Sometimes two languages will allow the same sentence form, but in different situations. English, for example, allows a word or phrase to be moved to the front of the sentence in certain contexts: (l) Spaghetti I like (but lasagna I hate).

This same word order is allowed in Yiddish; the difference is that Yiddish allows it to be used in a much broader range of contexts. So a native speaker of Yiddish, seeing that English has the same word-order possibility, might say something like:

(2) My brother has no idea how to save money. A house he's buying now.

Here, He's buying a house now becomes A house he's buying now, just as in (l) I like spaghetti becomes Spaghetti I like. Both (l) and (2) would sound fine in Yiddish, but only (l) sounds normal in English; in (2) the speaker seems to have an accent.

Are some sounds harder to pronounce than others?

It depends on whether we're talking about first- or second-language learning. Native speakers of a language do tend to master some of its sounds before others. In English,p, m, n, h, and w are among the first consonants acquired by children, while z, j, v,and the two th sounds (as in think and this) are among the last to be mastered. But all of the sounds of a language are generally acquired before puberty by a native speaker. Typically, it's only non-native learners that have long-term difficulty with a sound. When you learn a second language, you may have difficulty with sounds that don't occur in your native language; for example, some languages have trilled r's, 'clicks' made with the tongue as air is taken in, or sounds made much farther back in the throat than English sounds. Surprisingly, though, the hardest sounds to learn may be those that are similar to, but just a bit different from, sounds in your native language. It seems to be very difficult to overcome the tendency to keep using the familiar sounds from your native language. In this sense, your native language causes 'interference' in your efforts to pick up the new language.

Which languages are the hardest to learn?

Again, it depends on whether we're talking about a first or second language. Children acquire their native language effortlessly, regardless of the language. Learning another language later on, however, is a different matter. Some languages do have far more complicated word-building rules than others, and others have far more complex sound patterns or sentence structures. But despite differences in individual areas of a language, researchers have not found any one language or group of languages to be clearly more difficult or complicated in all areas.

In short, no one language or group of languages can be said to be harder than the rest. All languages are easy for infants to learn; it's only those of us who grew up speaking something else that find them difficult.

Check back soon
Once posts are published, you’ll see them here. 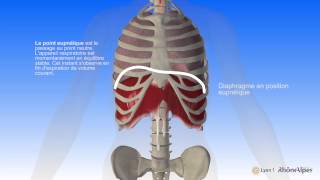 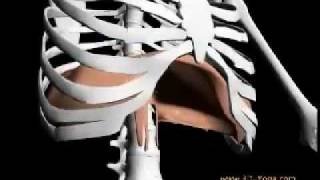 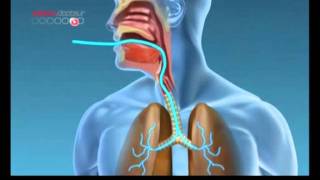 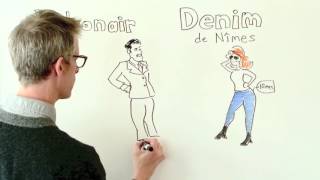 Why do some people have an accent?